Why Can’t I Get Gold for My Lawful Money Demand?

Why Can’t I Get Gold for My Lawful Money Demand?

Federal Reserve notes serve as lawful money upon demand, the bank will not give you any other kind of money: US Bank Notes, Gold Certificates, Silver Certificates, stamps or united States Postal money orders. Do not ask for any special form, many have tried and have proven legally it cannot be done. The reason is because all gold is held in a public trust. If the Federal Reserve honored your request as a creditor, all of the creditors would be harmed due to the “first to lien – first in line to be paid” rule as per Uniform Commercial Code (UCC). This would liquidate all holdings and eventuate some serious economic issues for the entire economy, believe it or not.

Lawful money is not just gold and silver specie. Use of money of exchange allows one to pay for the exclusive right to claim some dominion/possession. People believe a Federal Reserve note cannot have dual purpose for both public and private purposes, but it does! Many have tried the Constitutional approach and failed. Only because they have failed to realize the Constitution has no standing in contract law (Article I, Section 10, Clause 1 of US Constitution). By using Federal Reserve notes unredeemed we have entered into a contract to pay for the use of private currency.

Prior to 1933, the Charter and Codes read that Federal Reserve notes, as well as the notice being printed on the notes, would be redeemable in GOLD or SILVER because there was still a gold reserve. Since 1933 there has been no reserve, 10% of the amount of Federal Reserve credit outstanding. The government seized $300,000,000 in gold coins and $416,000,000,000 in Gold certificates. 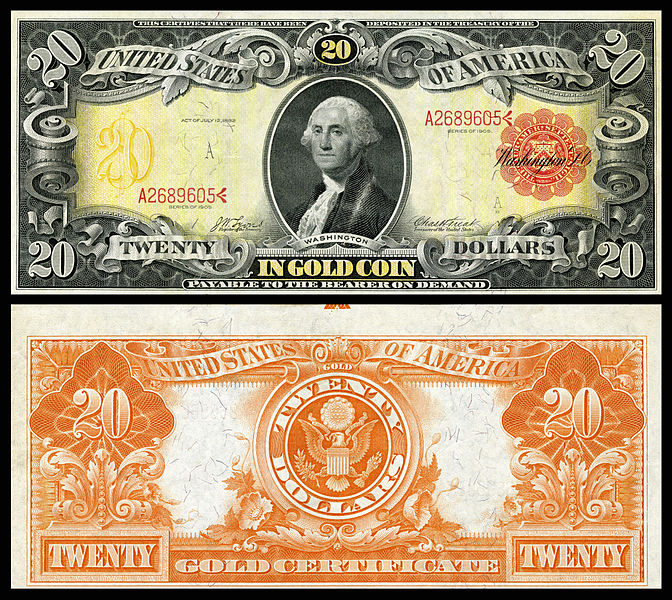 There are no US Bank notes in circulation, collectors have come forward stating that most of the notes were kept in a room inside banks and moved from time to time so they were being "circulated".  There is nothing to "exchange" the Federal Reserve notes for anymore!

Let's simply take a look at a ONE DOLLAR FEDERAL RESERVE NOTE:

There are 2 boxes on the face of each note. The left side is the Federal Reserve Seal and the Treasurer of the United States signature, that is the private side of the note. The right side is the US Department of the Treasury and Secretary of the Treasury's signature. It is by demand and restricted indorsement that one notifies the Federal Reserve, US Department of the Treasury, IRS and the Banks of the use of US Bank notes and not the Federal Reserve notes. The "controllers" have put the "choice" right in front of our faces while obfuscating the inherent remedy written into the law so as to avoid culpability and acts of treason via forced servitude into paying back THEIR debt. There is no income tax obligation or liability associated with redeemed lawful money cash when the demand has been made. The form that the paper takes is of no consequence. A Federal Reserve note in hand takes the form (per the law) of lawful money found at Title 12 U.S.C. § 411 when demand is made.

A "Notice of Intent" letter to the bank for all accounts must state:

DEPOSIT FOR CREDIT ON ACCOUNT OR EXCHANGE FOR NON-NEGOTIABLE FEDERAL RESERVE NOTES OF FACE VALUE PER 12 U.S.C. § 411

All deposits (check, money order, etc.) to the accounts must state:

...on the back of the check, above the line that states: DO NOT WRITE BELOW THIS LINE.

The bank will call this a "restricted endorsement". One should keep digital record and scans of lawful money redemption. The remedy is not in the physical changing of the note, it is in the recorded DEMAND FOR LAWFUL MONEY.